This event has already occurred
Save to your Calendar

Seating is limited and is on a first come first serve basis. Works will be available for collection following the performance at 8:15pm.

This particular body of work was born out of an attempt to create an all-encompassing expression of love and how it intersects with our own mortality and morality. In its purest sense, love can be uplifting, addictive, and enchanting, while at the exact same time create feelings of agitation, despair, and extreme sadness. Love is a whole emotion that is, at its best, utopian, and at its worst, desolate.

In our greenhouse, just outside of Halifax, Nova Scotia, my partner Victoria Foulger has been growing citrus plants from seed. Some of these have come directly from experiences we have had with gardeners at the Boboli Gardens in Florence and the Villa Farnesina in Rome. They have taken years of cultivation to produce even a singular fruit. This January, one of the now small trees produced two oranges. These oranges helped to form the visual foundation of this exhibition.

In general, my work is rooted in questions of spirituality, morality and mortality as it relates to the Myth-Ritualist Theory. Compositions are calculated and controlled. They are resolved. Conflict has been removed. They are intended to act as a counterpoint to our chaotic society and my lack of control I have as an individual struggling with my place in it: how one self-actualizes v. how one is perceived.

Visual concepts materialize as paint on canvas. Written prose (on paper) is an element which fosters an organic harmony while creating tension between the seemingly obtrusive media and the painting. In this instance, the words that I wrote hold specific meanings which relate to visual cues. In most cases the text, coupled with the images, are intended to bring the viewer to an unintentional place.

The paintings, combined with the sound and prose make up the entirety of this exhibition titled, DOMINUS VOBISCUM 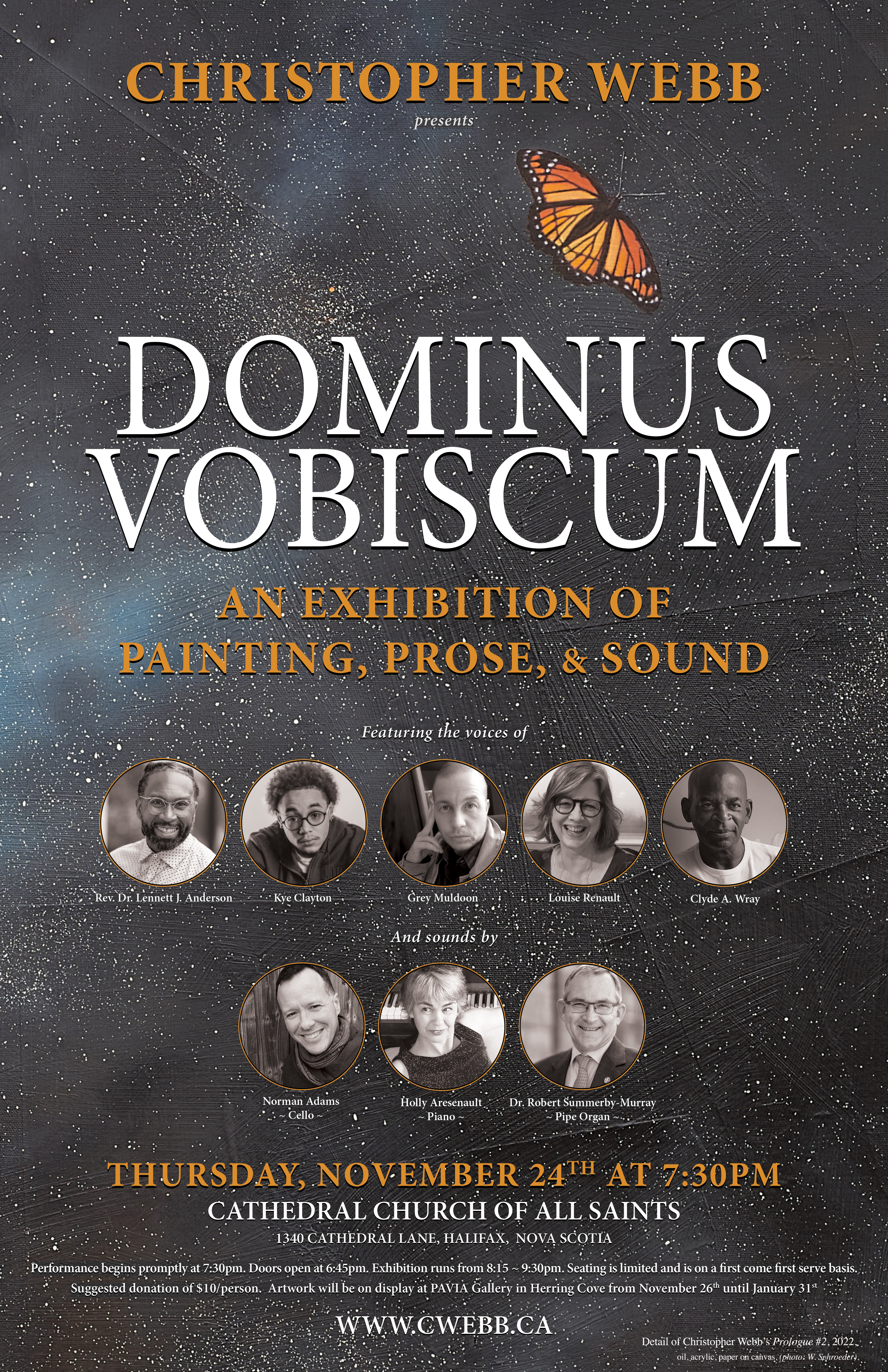