Music at the Cathedral

Being a diverse church, the Cathedral Church offers a variety of sacred to contemporary worship music that span the ages. A simple way to explain how we worship through music is based on the different Sunday service times. These are noted below under Music at the 11:00 am Service and Sunday Evenings at 4:00 pm and Music at the 9:30 am Service.

In addition, All Saints Cathedral hosts a considerable number of musical groups from the Maritimes and further afield who take advantage of the Cathedral’s fine acoustics in presentations of concerts throughout the year. Recitals on the organ are generally given on Wednesdays at noon during the summer. Please visit our Events page for upcoming concerts.

Music at the 11:00 am Sunday Service and Evensong on Sunday Evenings at 4:00 pm

The Cathedral Choir comprises professional singers, choral scholars, and volunteer singers. The choir sings at the 11:00 AM Choral Eucharist most Sundays, September through June, and offers services of Evensong, Lessons & Carols, and Readings & Music, as well as an annual concert. Paul Halley, Music Director, is always pleased to hear from singers interested in auditioning for the choir.

The Cathedral is always happy to welcome visiting choirs to sing at choral services, especially in the summertime when the Cathedral Choir is on break. Please contact the Director of Music, Paul Halley, for more information. You can reach Paul at paulhalley@eastlink.ca.

Built originally in 1910 by Casavant of St Hyacinthe, Québec, and rebuilt by the British firm of Hill, Norman, and Beard in 1961, the organ acquired a new Casavant console in 2011, one that has 250 memories for its pistons, is MIDI capable, can record performances to play later, and is moveable; some additional stops as well as an antiphonal section for the west end of the Cathedral are prepared for. Consisting of four manuals and seventy-five stops, the organ serves admirably for service-playing and is also an impressive recital instrument, which has been played by many local and international performers. Click here for the current specification list. 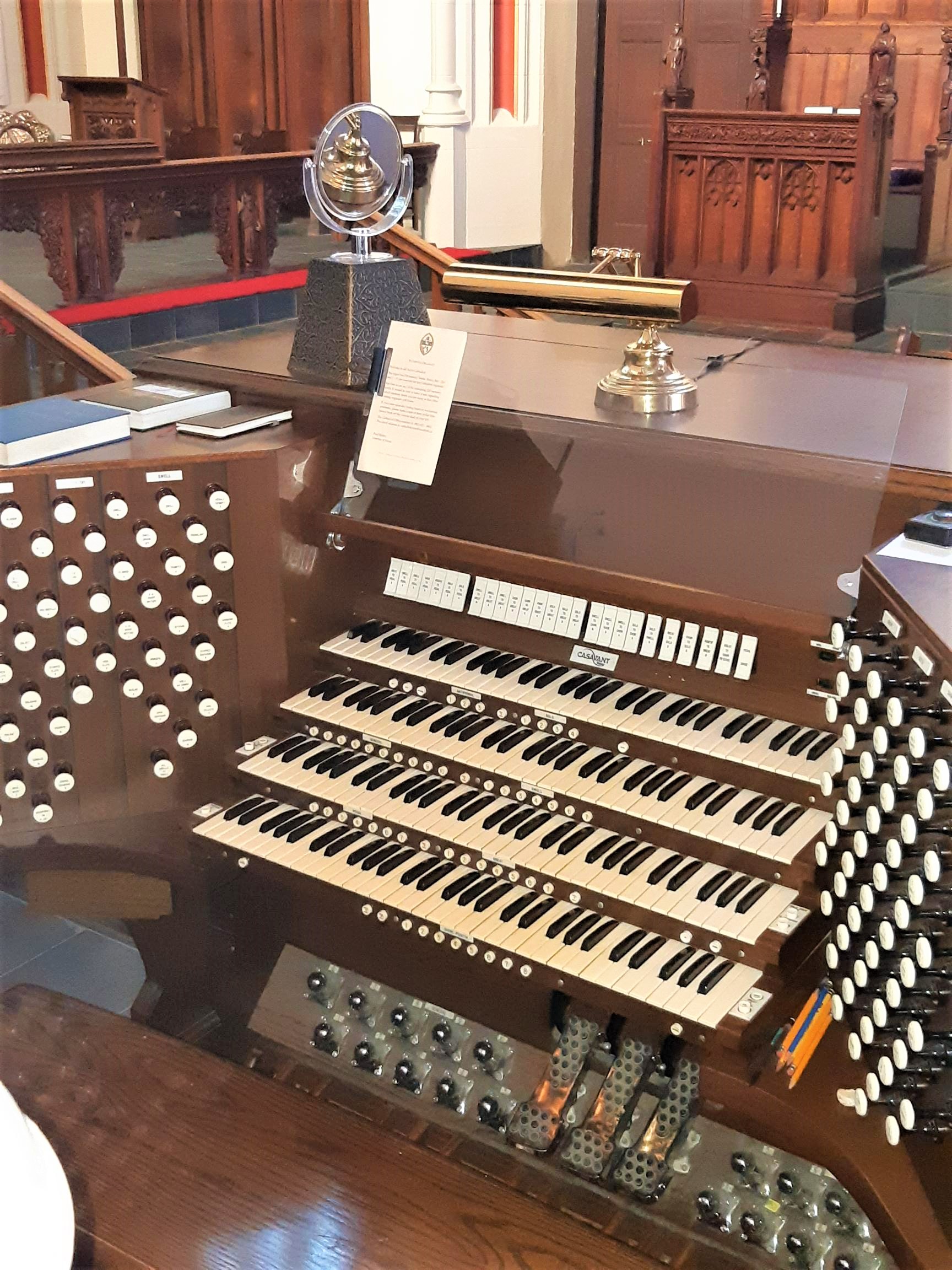 Music and hymn accompaniment at the 9:30 a.m. Eucharist are provided by Russ Hall on the piano, joined by various guest musicians from the Cathedral Church and beyond.

For the 9:30 am service, special effort is made in hymn selection to facilitate full participation by the congregation. New hymns are gradually introduced. The chant tunes used at this service are from the Evangelical Lutheran Church – a denomination that is in full communion with the Anglican Church of Canada. These tunes, which are easy to sing, are based on tunes used in the Anglican Church of Canada. The intimacy of the physical location of this service and the less formal atmosphere add to the reverence, beauty, and strength of the congregational singing. 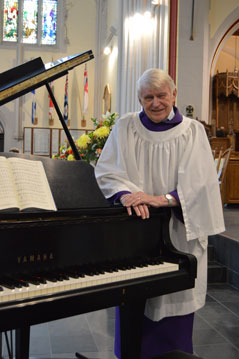